Life truly has begun for director Aileen Byrne and the cast of Lua McIlraith’s new play ‘Life Begins at Sixty.’ 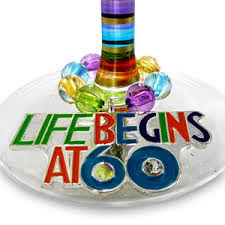 The eagle-eyed among you will have noticed that Lua is also acting in the play, competing at this year’s Bray One-Act festival on Thursday 29th, January.

It’s rumoured that Lua’s next mission is to sort out the water crisis. Good luck with that.

If you can’t make the Bray One-Act Festival show – fear not. There is a preview performance at the Kingston Hotel, Dun Laoghaire on Tuesday, 27th January at 8pm – admission €5.00

If we don’t see you at the Mermaid Theatre, why not try the Kingston Hotel for a laugh.

We wish Aileen Byrne and her cast well in what will be a funny and provocative show.